The look and sound of one of the greatest singers in the history of country music, the late Patsy Cline is brought to life when Amberley steps on stage. As the Legendary Patsy Cline.  With the western garb, bright red lips, and the sultry sound, she captures the essence of Patsy Cline.

Amberley has been wowing audiences with her Walking After Midnight Tribute all over southern Ontario and through parts of Michigan. Performing this tribute has been quite ride. Early in 2008 an indie record label contacted Miss Beatty and purposed doing a duet CD with Allen Karl of Century II Records. January 2009 Amberley was signed to Century II Records and recorded “If I Could Spend Today Loving You” in  Nashville Tennessee. Amberley is looking forward to the next project.

“I have been performing since I was 15 years old in many theatrical presentations on Kitchener’s grand stage The Center In The Square. Though I have been privileged enough to have has some fabulous lead rolls in many productions it is quite a privilege to pay tribute to one of my idols. I believe now I have found the roll of a life time, to take an audience back in time when the Great Patsy Cline captured audiences with her distinct sound and power of emotion.“

Take a step back in time with Amberley Beatty and her Legendary Patsy Cline tribute to the one and only Miss Patsy Cline. The costuming is authentic, ranging from western to the latter part of Patsy’s career of evening gowns and tight fitting t-shirt dresses. There is never ending interest as every set is different from the next. 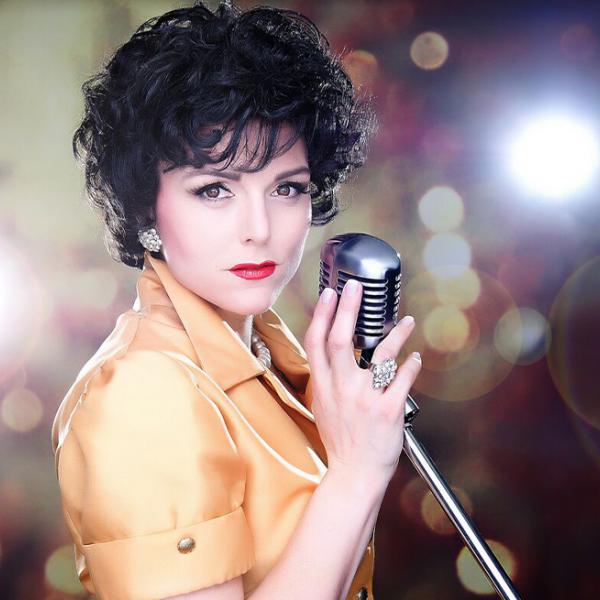