The laughs are coming to Auburn when Homebrewed Comedy hits the stage at Prison City Brewery North Street Farm on Thursday, Nov. 17. Shirelle Kinder is headlining the show and Duane Wilt, Freddy DoLess and host Mike Peters will be there, too.

Tickets are $10 and available online and at the door. Seating at the North Street Farm location begins at 6 p.m. and the show starts at 7. A full dinner menu is available.

Mike Peters, a Binghamton comedian, specializes in self-deprecating, observational humor. A contributor for Funny or Die, Peters is the founder of Homebrewed Comedy. He hosts at the Syracuse Funny Bone and Wise Crackers in Wilkes-Barre, Pa., won the Utica Brews Laugh Contest and Uptown Roast Battle and opened for Super Troopers’ Rabbit, Erik Stolhanske and Gilbert Gottfried. Peters produces shows all over New York and hosts his weekly podcasts, On the Mic with Mike Peters and It’s About Time: A Sopranos Watch Podcast.

Freddy DoLess is a comedian in Rochester. New to Western New York, he's got a TV show called SlapFreddy set to come out in January.

A comedian out of Canandaigua, Duane Wilt is a local favorite. Quick on his feet and comfortable with the mic in his hands, Wilt has worked all over New York and released his debut album, “Why Are You Laughing?” In 2017.

Shirelle “Gator” Kinder has graced the Rochester comedy scene with her special brand of anecdotal humor since April. A finalist in the 2018, 2019 and 2021 Funniest Person in Rochester competitions, Gator entertains audiences with active storytelling, her complete and utter shamelessness, as well as free advice on one-upping cat-callers and unconventional funeral planning. Give her five minutes of your time and who knows what kind of knowledge you’ll walk away with? 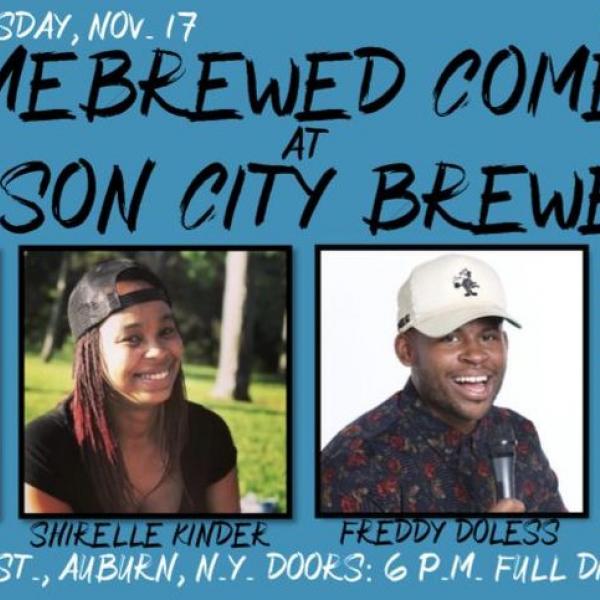