“Ice Jammed Ithaca!” on TV and online. Watch online at will at https://walkinthepark.tv, or on Ithaca cable channel 13, Half an hour in length.

In this episode of Walk in the Park (#66, recorded January 15, 2014), we take a look at the effects of deep freeze and thaw on the rigidly channelized creeks that cross the floodplain that the city of Ithaca, NY is built on, at the south end of Cayuga Lake in New York’s Finger Lakes region.

High water in Cascadilla and Fall Creeks encountered thick sheets of ice that broke up and formed dams at street bridges. Flood waters were then forced over the banks into the Fall Creek neighborhood. City crews used long-arm excavators to try to break up some of the ice dams, while some 200 volunteers filled sand bags for affected residents. See this through photographs, aerial photography, and video. Special thanks to Hilary Lambert of the Cayuga Lake Watershed Network, Photography 4d, Bill Hecht, and Ken Christopher Hill for some of the images and footage used here. 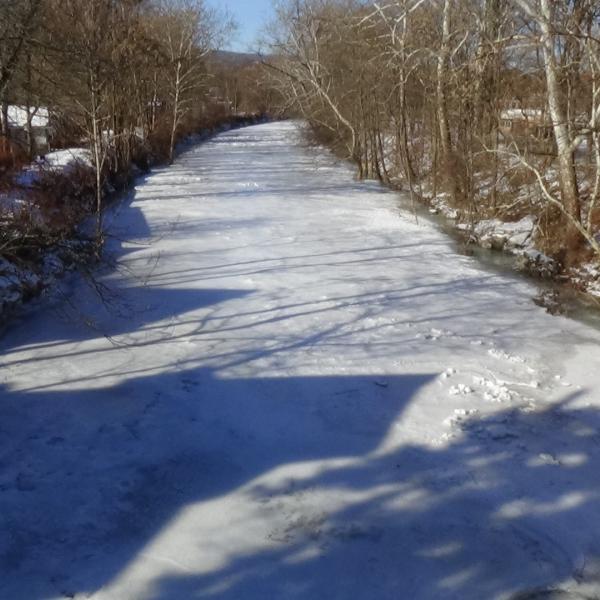 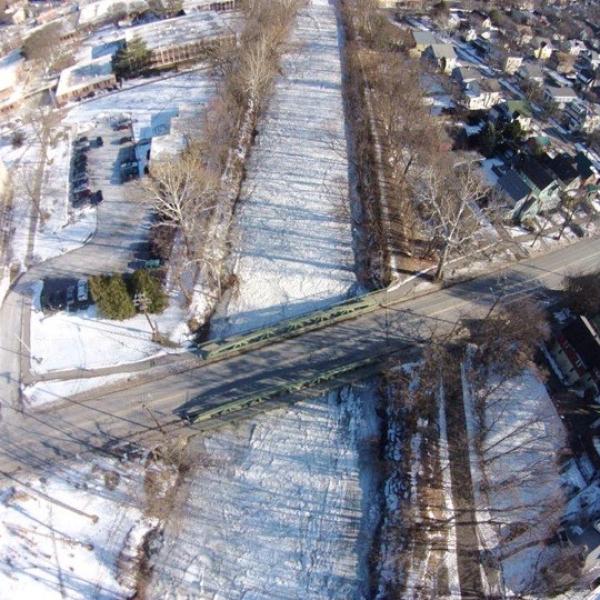 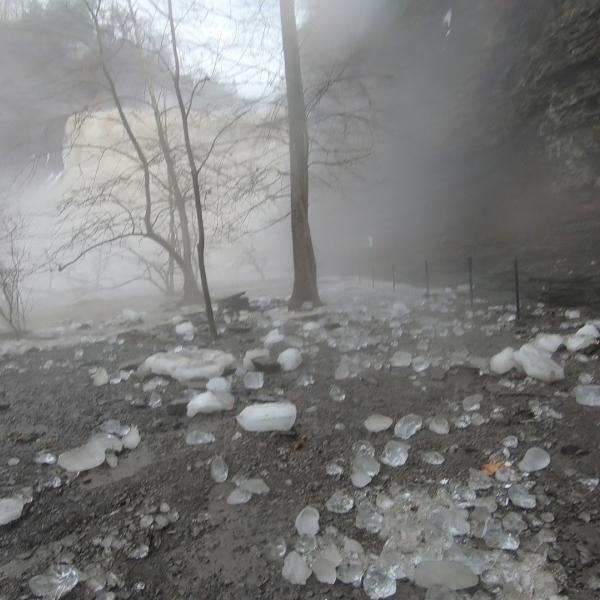 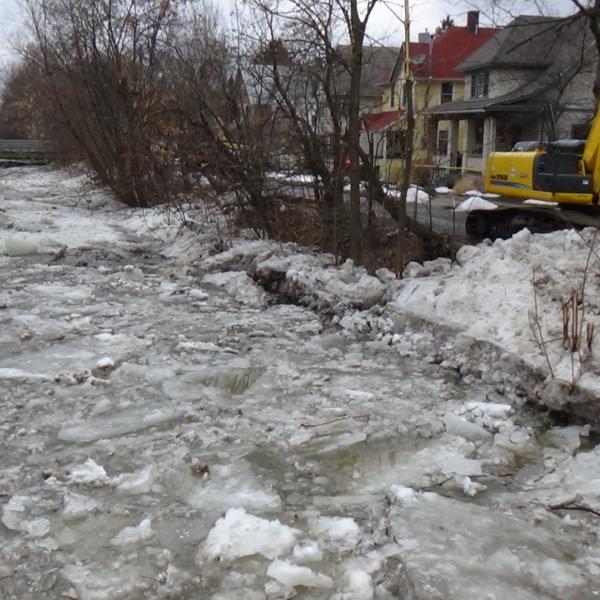