“Foxworthy is especially virtuosic in his physical comedy, his flights of fancy and lightning shifts of tone and mood, he blends all these elements effortlessly. He may define being redneck as possessing “a glorious lack of sophistication,” but the truth is that Foxworthy, for all his regular-guy image, is a decidedly sophisticated artist.” Kevin Thomas, LA TIMES

Jeff Foxworthy is one of the most respected and successful comedians in the country. He is the largest selling comedy-recording artist in history, a multiple Grammy Award nominee and best-selling author of more than 26 books. In 2014, he was inducted into the Georgia Music Hall of Fame.  Widely known for his redneck jokes, his act goes well beyond that to explore the humor in everyday family interactions and human nature, a style that has been compared to Mark Twain’s.

Jeff and Larry the Cable Guy were recently on tour.  The “We’ve Been Thinking Tour”, sponsored by RFD-TV, featured all new material from both comedians. The live show was filmed as a comedy special in the spring of 2016 and is available on Netflix. In addition, Jeff has his own comedy channel “Jeff and Larry’s Comedy Roundup” on SIRIUSXM. The channel is a partnership with SIRIUSXM and Larry The Cable Guy. It will showcase the best in great American comedy. You’ll hear hilarious material from this dynamic duo as well as comedy from some of their personal favorite comedians.

Jeff hosted the FOX television game show Are You Smarter Than A 5th Grader for several seasons, including its return to primetime this past fall. He hosted three seasons of The American Bible Challenge for GSN, had an animated series Bounty Hunters on CMT, hosted the reality series The American Baking Competition for CBS Television Network and narrated the Lifetime reality show The Week the Women Left.

Jeff executive produced and starred in, Foxworthy’s Big Night Out. and the television series, Blue Collar TV, which he created for the WB network. Blue Collar TV came about due to the success of Blue-Collar Comedy Tour, The Movie and the concert tour of the same name. The movie premiered on Comedy Central and was the highest rated movie in the channel’s history. To date the movie has sold more than 4 million units. The soundtrack for this movie has been RIAA certified gold (more than 500,000 units).

Blue Collar Comedy Tour Rides Again, the sequel to the first film has sold more than 3 million units since its release on December 7, 2004. It premiered on Comedy Central February 13, 2005 and was the 3rd most watched telecast ever leading the channel to its most watched day, weekend, and week in network history.

In March of 2006, the Blue-Collar boys reunited to shoot Blue Collar Comedy Tour-One for The Road in Washington, DC at the Warner Theater. The movie had its world premiere on Comedy Central, June 4, 2006 and was one of the highest rated shows on Comedy Central for 2006. The soundtrack was released on June 6, 2006 and was nominated for a 2006 Grammy award. He also filmed a comedy special for CMT in 2012 with Bill Engvall and Larry the Cable Guy titled Them Idiots Whirled Tour.

Jeff also wrote a children’s book, Dirt on My Shirt, which has become a New York Times Best Seller. The book is collection of poems inspired by Jeff’s family and friends. The poems are funny, witty, filled with sly humor, and always affectionate, capturing the very essence of being a kid. His second children’s book “Silly Street” was released on February 24, 2009. Jeff’s third children’s book “Hide!!!” was a New York Times Best Seller and won a 2011 Mom’s Choice Award for illustrated children’s books. He once again teamed with illustrator Steve Bjorkman to tell the story of a neighborhood game of hide and seek and invites the read to join in the search.

Jeff has voiced numerous characters in different animated films, including Handy Smurf in The Smurfs and Smurfs 2. He was the voice of Reggie the Rooster in the Warner Bros. film Racing Stripes, Lyle in the Disney movie Fox and The Hound II, Lindberg in the Aviators, and Charlie Horse in Hatched.

July 6, 2004 marked the release of Jeff’s final solo comedy cd titled Have Your Loved Ones Spayed or Neutered. The cd contains all new material. It debuted at number one on the Billboard Comedy Charts and was Jeff’s second highest selling album debut.

In April 1999, The Foxworthy Countdown, a weekly syndicated four-hour radio show, debuted featuring Jeff bringing fans the current Top 30 country hits as well as interviews with stars. The show ran for 10 years and was carried in over two hundred and twenty markets across the United States. Jeff received a CMA nomination in 2001 for Broadcast Personality of the Year.

Jeff also has an HBO special and two Showtime specials to his credit. With critical acclaim and rave reviews from the first special, Jeff landed his second Showtime special, which earned a Cable ACE Award nomination.  Jeff has also been bestowed with a People’s Choice Award as “Favorite Male Newcomer” for The Jeff Foxworthy Show.

Jeff started his own outdoor company, Foxworthy Outdoors, which has a line of products related to outdoor living. He has a line of “You Might Be A Redneck If…” calendars through Andrews McMeel Publishing, which has sold millions of copies. He also has his own line of food products, including Jeff Foxworthy’s Grit Chips. In October 2003 The Nevada Gaming Commission granted approval for Aristocrat Technologies, Inc. to place its Jeff Foxworthy™ You Might Be A Redneck If…® video slot games in Nevada casinos. Station Casinos, Inc. was granted the right to introduce Aristocrat’s Jeff Foxworthy games into its 11 Las Vegas valley casino properties exclusively for 45 days prior to the game’s release to other Las Vegas off-Strip casino properties. 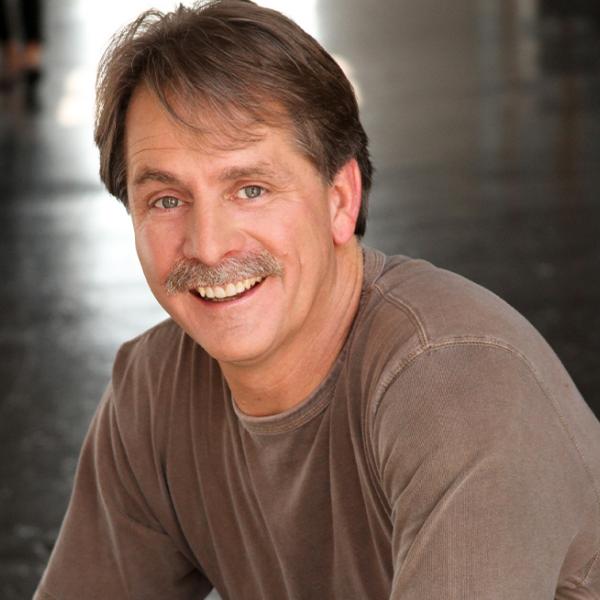