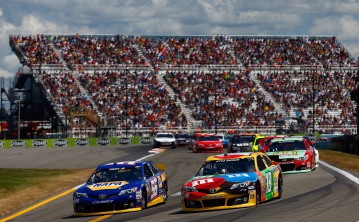 On a daily basis with some blackout dates, the historic circuit welcomes car clubs from across the Northeast and invites fans to watch from the Fans R1st Viewing Area. In addition, fans are offered the opportunity to "Drive The Glen" in their own personal vehicle behind an official track pace car. Check www.theglen.com for more information.