From around the world, visitors flock to the Finger Lakes to witness the breathtaking, primal beauty of our waterfalls. From the thundering glory of famed Taughannock, to the fairy-like landscape of Letchworth State Park, exploring the waterfalls of the Finger Lakes is a must regardless of the time of year you visit.

As the Finger Lakes Region formed during the Ice Age, huge glaciers carved out the landscape, chiseling out large lakes, rolling hills and grooves for waterfalls. The abundance of Finger Lakes State Parks allows visitors to explore waterfalls on maintained trail networks for easy access and breathtaking photographs to share.

Taughannock Falls State Park in Ithaca boasts a jaw-dropping 215 foot waterfall and is by far the largest vertical drop in the region. Fun fact: Ithaca’s motto “Ithaca is Gorges” is a word-play of the homonym ‘gorgeous’.

USA Today also ranked Watkins Glen State Park as the #3 State Park in the Nation. This park has 19 waterfalls located along the walk-able and publicly accessible Gorge Trail. The Watkins Glen Gorge is a fan favorite for all nature and waterfall lovers.

While the best time to enjoy the waterfalls in the Finger Lakes is after a rain shower, they are best experienced in spring, summer and fall.

The Finger Lakes are an outdoor enthusiast's dream location for hiking. It is made even more memorable when it is done near or to one of the many waterfalls in the region. Along with the state parks mentioned above, here are a few suggested hikes and trails for optimal waterfall gazing:

Keuka Lake, one of the most unique lakes in the world with its Y-shaped orientation, was once used as a canal connecting Keuka Lake to Seneca Lake for commercial business in the 19th century. The winding stream of this area remains with walking trails and impressive rolling falls as well as feet tall falls.

Two stunning 60-foot falls are accessible by tourists where guests can walk along foot paths. This area is easily traversable, so visitors can get up close and personal with this hike.

Fillmore Glen was created and enhanced by the Civilian Conservation Corps in the 1930’s. Stoke paths and numerous foot bridges dot the walkways and creeks of the Park. Late spring and/or early summer offer the best times to see waterfalls in their most abundantly flowing state.

In a similar fashion to the Watkins Glen Gorge Trail, Cascadilla Gorge is a corridor style park and natural area that connects downtown Ithaca to the Ivy League Cornell University campus. The gorge is ¾ of a mile in length with eight large waterfalls cascading along the way.

One stop for all the outdoor fun at High Tor includes paddling, hiking, biking and of course waterfalls. Intense hill climbs and easy, flat hikes offer a variety of waterfall viewing opportunities.

View more details about waterfalls in the Finger Lakes region. 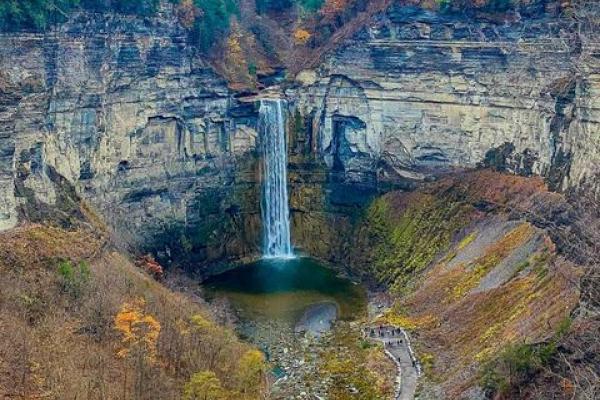 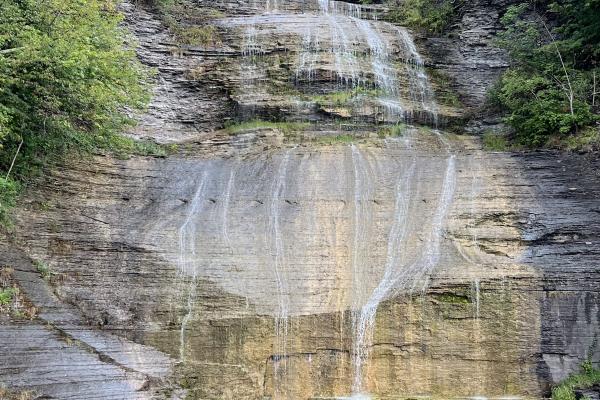 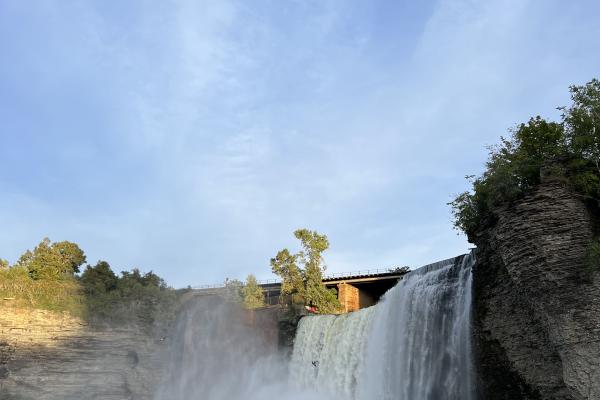 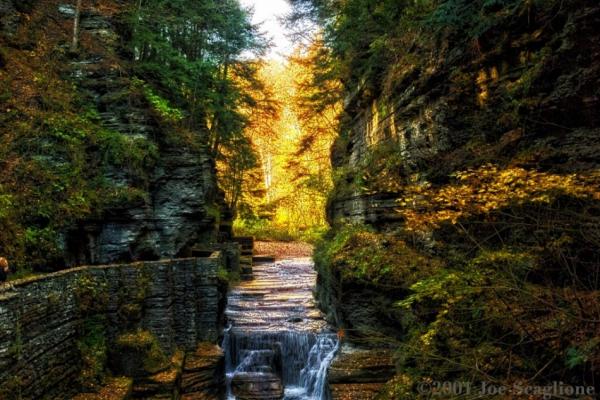